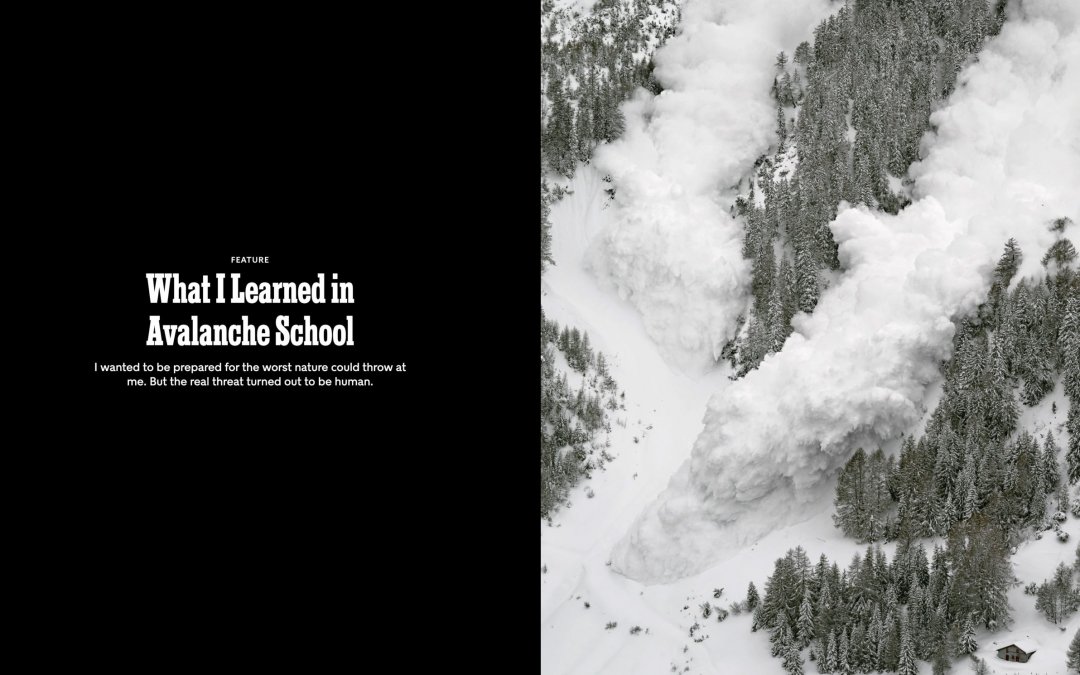 Snow science and modern forecasting today can tell us where we’ll find the danger. Education can train us on the risks. But what ultimately causes avalanches is our own human management. Noted author Heidi Julavits explores the human psyche through her own participation in a level 1 avalanche training class in this insightful New York Times Magazine piece: What I Learned in Avalanche School. Click to read, or pickup the Sunday, January 5 New York Times.