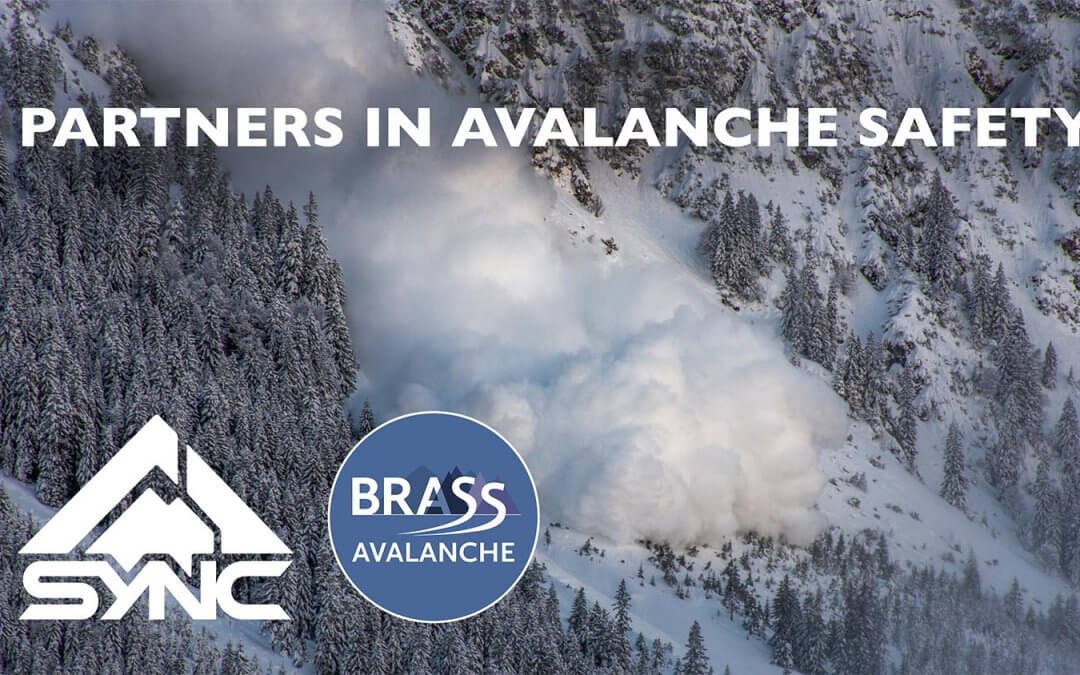 SYNC Performance, a performance ski wear company that focuses on athletes, has taken a lead in avalanche safety education in a new partnership with the Bryce & Ronnie Athlete Snow Safety Foundation (BRASS Avalanche). Beginning in the 2021/22 season, SYNC is driving the message of safety on hang tags with all of its top-tier Headwall Collection.

Each Headwall Collection clothing item, including both a men’s and women’s stretch shell jacket, stretch shell bibs and stretch shell pants feature a Partners in Safety hangtag with a QR code leading to avalanche safety information on the BRASS Avalanche website.

BRASS Avalanche was formed by the families of U.S. Ski Team athletes Bryce Astle and Ronnie Berlack, who were killed in an avalanche during a training camp in Austria in 2015.

“This partnership with the BRASS Avalanche was extremely important to everyone at SYNC Performance,” said SYNC Performance Marketing Director Roger Carry. “Avalanche education is something we believe is vital for all ski racers and mountain athletes. But there is also a personal aspect to this partnership. Members of our own staff raced alongside Bryce and Ronnie and are very personally invested in helping inform and protect future athletes. We wanted to make accesing potentially lifesaving information as easy as possible and that’s why every piece of our new Headwall Collection comes with a QR code linking directly to the BRASS website.”

Since its inception, BRASS Avalanche has helped train thousands of athletes and recreational winter sports enthusiasts. Its BRASS 101 education program has become a staple for competition clubs and individuals across the country.

“SYNC Performance’s innovative and very personal approach to helping spread the word on avalanche safety education will be another big difference maker in our sport,” said BRASS Avalanche Chairman Steve Berlack. “We’ve seen an appreciable change in culture in the sport in recent years. Supporters like SYNC Performance are making a difference and helping to save lives.”

“I’ve found that every ski racer will find themselves in the backcountry eventually, regardless of how far their career goes,” said SYNC Performance President and CEO Geof Ochs. “That’s why we want to encourage them to learn avalanche safety skills early and practice them often.”

According to Berlack, what attracted BRASS Avalanche to SYNC Performance was its focus across the SYNC brand on athletes – a company that was built by athletes and took counsel from some of the most technically proficient athletes in the world.

The education link on brassavalanche.org will take SYNC Performance customers to a clearinghouse page where they will find direct links to education from BRASS Avalanche and others, as well as links to avalanche forecasting around the world.

The Bryce and Ronnie Athlete Snow Safety Foundation (BRASS Avalanche) was born out of the tragic avalanche deaths of U.S. Ski Team athletes Ronnie Berlack and Bryce Astle to create a legacy of changes in the culture of avalanche safety. Its mission is to lobby for the evolution of snow safety systems and to advocate for greater penetration of avalanche education. It works closely with avalanche industry organizations in the USA and around the world. BRASS Avalanche is a 501(c)3 non-profit relying entirely on donations from passionate private and commercial supporters.

Founded in 2014, SYNC Performance is an independent company with a mission to fulfill the needs of performance athletes. Using technical knowledge and expertise from independent ski racers and teams as well as feedback from hard-charging former racers turned big mountain and backcountry skiers, SYNC’s apparel is developed and designed for performance, durability, functionality, and style that appeals to the year-round lifestyle of mountain athletes.