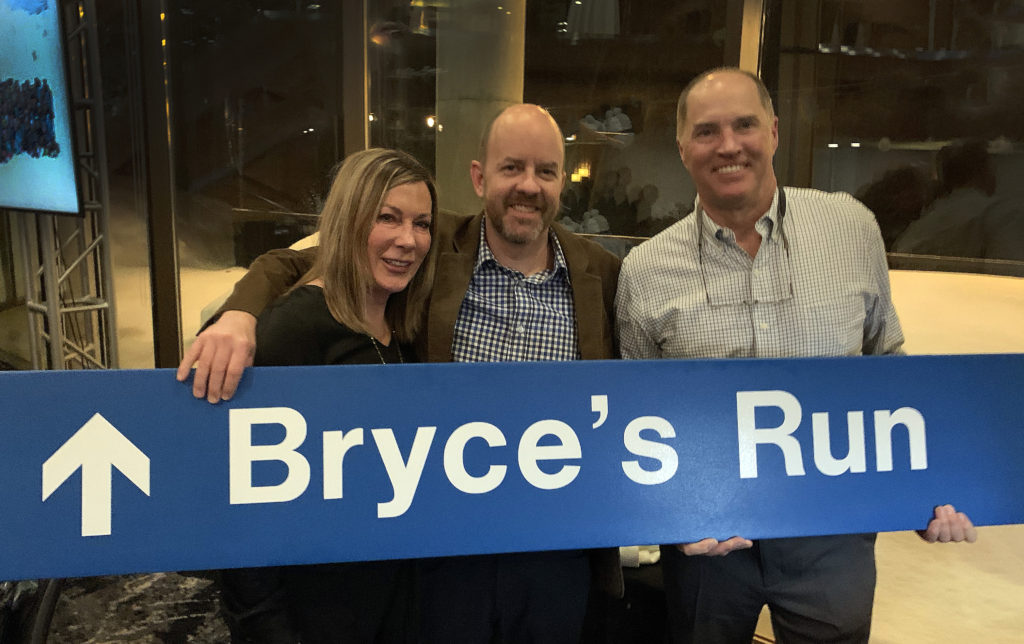 Bryce Astle was at home in Little Cottonwood Canyon. The ski runs of Snowbird and Alta were his playground until his tragic death from an avalanche in 2015 during a U.S. Ski Team training camp in Austria. Next season, Snowbird will honor Bryce’s memory, naming a run after him for future generations to remember the aspiring U.S. Ski Team athlete.

The blue trail sign was on display at the annual fundraiser for the Snowbird Sports Education Foundation at the Cliff Lodge in February. Bryce had grown up racing in the SBSEF program, working his way up the development ladder to become a national junior champion in 2014.

Snowbird’s present Race Hill run will be renamed Bryce’s Run in his honor. According to Snowbird President and CEO Dave Fields, the trail will formally debut in the 2020-21 season when trail maps will be reworked.

“While we can’t bring Bryce back, it is a great honor for him to be remembered in this way on a run that will be skied by so many future ski racers,” said Bryce’s father Jamie Astle. “We want them to remember what Bryce accomplished as a national junior champion from Snowbird, and also as a reminder of mountain safety.”

Bryce and teammate Ronnie Berlack were killed in the avalanche. The Bryce and Ronnie Snow Safety Foundation (BRASS) was later formed in their memory as an advocate for avalanche safety and education. In addition, the local Bryce Astle Foundation was founded in Bryce’s memory to help support athletes with the same dedication to racing and love for skiing, along with providing education and support for avalanche safety and awareness.