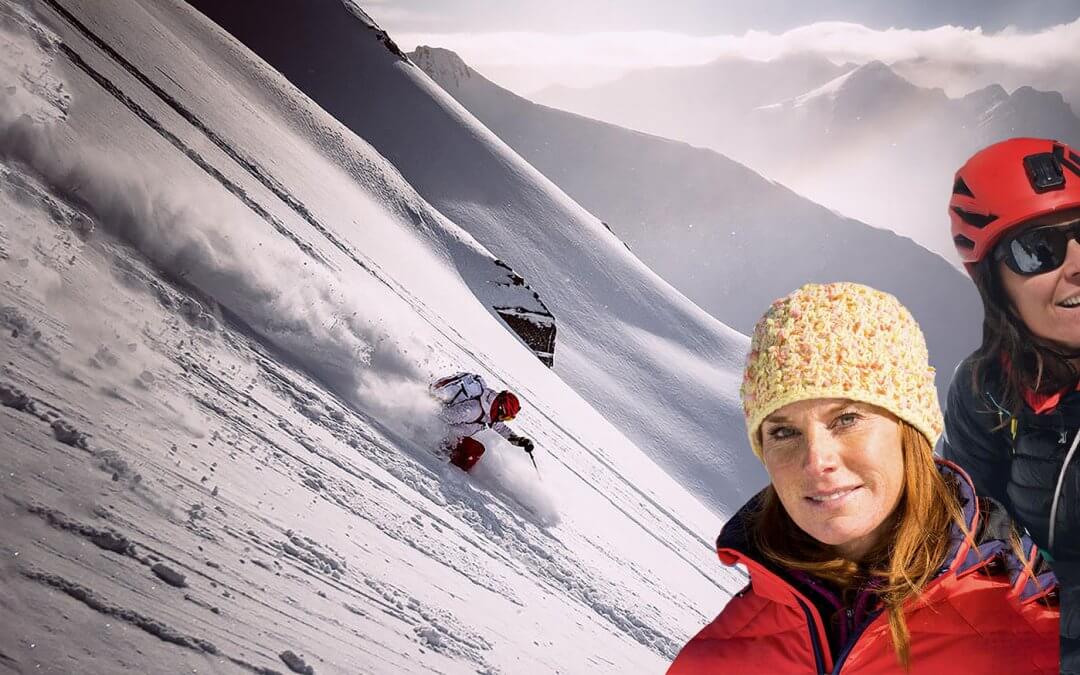 Two of the biggest names in big mountain skiing and expeditions will be featured Tuesday, March 22 in a free online webinar on avalanche safety. An Evening with BRASS Avalanche will feature Wendy Fisher and Hilaree Nelson in a moderated discussion on their big mountain adventures and approach to avalanche safety.

Their appearance is part of an ongoing series of educational content from the Bryce and Ronnie Athlete Snow Safety Foundation (BRASS Avalanche), formed after the tragic avalanche deaths of U.S. Ski Team athletes Bryce Astle and Ronnie Berlack in 2015.

Fisher, who was named to the 1992 Olympic Team, grew up ski racing in what is now Tahoe Palisades, then attending Burke Mountain Academy. She made the U.S. Ski Team at 15 and competed on the World Cup. When she retired from racing, she found her way into big mountain freeskiing competitions with the encouragement of her childhood friend Shane McConkey. For the next decade, she became one of the biggest names in freeskiing. Today, she’s raising a family in Crested Butte and spending as much time as possible on the mountain.

A Seattle native, Nelson is a lifelong skier who left for Chamonix after college, a trip that changed her life. She is considered the foremost ski mountaineer of her generation, with over 40 major international expeditions and first descents in a long career as an athlete with The North Face. In 2012 she became the first woman to climb Everest and Lhotse in 24 hours. Today she lives in Telluride.

“Wendy and Hilaree have spent their entire careers on the edge of danger in the mountains,” said BRASS President Steve Berlack. “But they’ve also undertaken their sport with the utmost of caution and respect for the mountain.”

The discussion will showcase each of the athletes speaking of their accomplishments in sport, engagement today and how they’ve approached safety when in the mountains. The panel will be moderated by BRASS spokesperson Tom Kelly.

An Evening with BRASS Avalanche featuring Wendy Fisher and Hilaree Nelson will be hosted on Zoom from 6:00-7:00 p.m. MST (8:00-9:00 p.m. EST). Registration is available now at BRASSAvalanche.org.